The How, What, Why & When of Facebook Advertiser Verification

Rachel Besenyei our head of business growth and social explains all about the how, what, why and when of Facebook advertiser verification.

Since 2018, Facebook has required advertisers that publish ads about political or social issues to verify their identity. Advertisers on the platform are able to target incredibly niche audiences by layering demographic information and self-reported ‘interests’ together. Unlike TV or out-of-home advertising, Facebook has access to an ever-expanding list of data points that advertisers can use to identify their ideal audience and serve content to them. Many of the data points are self-reported, such as information about your gender or age. When Facebook was at its most popular, even page ‘Likes’ were self-reported and many users spent hours clicking the ‘Like’ button on pages for their favourite bands, shops, restaurants and public figures.

As our relationship with Facebook has changed over time, so too has the sophistication of their data collection and the methods employed to understand more about its users. Rather than merely using the information freely inputted on-site, Facebook now combines data from its other apps (such as Instagram and WhatsApp) as well as buying data and information from external third parties, and tracking your behaviour as you scroll the rest of the internet.

There are a few straightforward ways to see just a couple of the ways Facebook advertises to you and learns from your behaviour:

Facebook is now a hyper-local, global network. While the time spent on site in the UK and most of Europe is beginning to dwindle, it’s still rising elsewhere across the world. And, notably, the time spent across their “family of apps” (Instagram and WhatsApp, for example) is still continuing to rise. With hyper-targeting capabilities, infinitely adjustable ad placements; optimisations and budgets, it’s no wonder that advertisers both big and small have flocked to Facebook over the last few years.

“Advertiser” is a broad term. On Facebook, literally anyone can create their own personal ad account and pay to promote content within a matter of minutes. Setting up as a company is a little more time-consuming, but relatively speaking the barriers to entry as an advertiser on the platform are incredibly low. There are next to no checks on who you are, the product/service/views you’re promoting, or the audience you’re selecting to target.

Facebook’s lack of interest and sluggishness in changing its processes has made the news a few times. Most recently a number of big advertisers made the decision to boycott the platform in protest at the way the platform deals with hate speech and misinformation. There have been other well-known scandals like that of Cambridge Analytica’s data harvesting and involvement in the UK elections. These are just two of the best known examples. 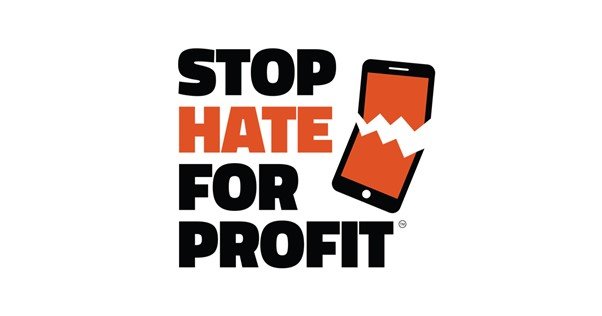 In response to the CA scandal, Facebook promised to crack down on both the sale and harvesting of data from its platform, and exactly which advertisers were allowed to promote content on their platform. As such, a number of the ‘Interest’ groups you may previously have seen, and been able to advertise to, have been removed (for example, they no longer buy and share details from credit agencies such as Equifax which would have allowed advertisers to target based on credit score or known insurance renewal date). Although it’s still possible for anyone to set up as an advertiser, there are a few more stringent checks and controls on the content you’re allowed to share. And, most notably, you now need to have your page and personal accounts verified in order to be able to serve political or social issue ads from them.

This means that when you wish to advertise a topic that could be regarded as a social or political issue, you’ll need to have first sent in verification documents and had your identity registered with Facebook. The process is reasonably straightforward but it doesn’t happen overnight, so it’s worth planning in advance for to make sure that your campaigns run as smoothly as possible. Some brands have been caught out by this process as they don’t feel their ads come under this classification. If you’re promoting content and speaking about a topic climate change, for example, that would count as a “social issue”. As would anything driving people to write to their MP, call specifically for a change to be passed into law, sign a petition… These ads will now feature a disclaimer starting “Paid for” which appears in bold at the top of the advert and makes it clear who is behind the advert. 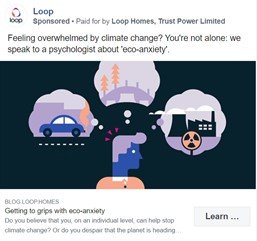 The process applies to the individual making the ads as well as to the page from which the ads are being run. The page itself will need verification, but anyone running ads from that page will do too – and they will need to be running from the country in which the ad is intended to be run.

The standard process is as follows:

Each of the verification steps can take a few days to complete, but in total the process should take no longer than a week. If you fail any step, a notification will appear on your account to explain why and give you the steps needed to rectify the error.

All ads relating to social or political issues are now housed in the Ad Transparency library for 7 years, alongside information about how long they ran for; which audiences saw them and how much money was spent promoting them. This is to improve transparency and accountability across all political and social groups. It’s also a great way to see what your competitors are up to on social, as you can also see the ads run by any page (even if they are not issue-specific ads) within the last 180 days.

Please note: this piece only covers advertising on Facebook (and Instagram, by extension, as one of the Facebook family of apps). It doesn’t include Twitter (which has its own rules) or LinkedIn (which doesn’t allow political advertising of any kind).