Ensuring your influencer has an influence

Working with an influencer with a million followers guarantees a million views, right?

In light of Unilever’s recent pledge not to work with follower-buying influencers, it’s important to know how to spot fake followings, before it’s too late.

Working with influencers is a great way to reach new audiences and engage potential customers, but how do you accurately measure what impact they will have?

It’s not a case of selecting the biggest numbers as in a lot of cases, the numbers are wildly wrong.

Here’s a 5-point checklist to make sure your influencers match up:

Logically an influencer is popular because people have discovered and then followed them due to their content.

If an influencer’s following is similar in size to their followers, you can quickly deduct that their social reach is built upon a ‘You follow me, I’ll follow you’ basis. This doesn’t mean the followers don’t engage with their posts, but they probably aren’t actively looking for that influencer’s posts, and are likely to ignore them.

Essentially, they’ve kept up their end of the bargain, so why should they do anything more?

Likes can be a difficult thing to measure, as they can be bought using like bots.

But as a good rule of thumb, if an influencer is getting likes from around 7-10% of their followers for each post, they have a decently engaged audience. If your influencer exceeds this, great, but if it falls below you should beware.

Likes are a valuable part of any campaign, and can be treated like a ‘soft-share’.

As with likes, comments can be purchased, but this is extremely easy to spot.

Comments tend to take the same structure, such as:
“love it”
“cool pic”
“?” 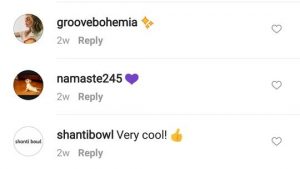 Now obviously, these could be real comments. But if there are multiple comments that don’t mention anything to do with the post, you can bet they are fake.

When it comes to your brand, you want commenters to be like mini reviewers. They’ll say what they loved about the campaign or content or will have an informed view. On the other hand, a thumbs up emoji won’t help you in any boardroom meetings when you’re trying to prove engagement.

If you’re reaching out to an influencer, you’re entitled to ask for analytics on their posts and audience demographics. It’s always a good idea to see a breakdown of where their audiences are located, their age, and what times of day they engage with the content.

Location is important as you can then analyse whether there is like-botting involved – in which case, you’ll find large groups from specific countries which don’t make sense.

Age is also relevant as you can identify whether the audience suits your brand. Knowing ages will also help you identify any fake groups, if two opposite age groups are stated – it’s not often that under 13s and over 60s will be fans of the same person, for example.

Time of day can also be revealing. If, say, the data shows an influencer’s UK-based audiences are most active at 3am then there might be something fishy going on.

Finally, tracking follower growth is one of the most detailed ways to see if a follower has bought an influx of followers at a certain point.

SocialBlade is a brilliant free tool which can allow you to look at this. Here’s an example where followers have been bought – as you can see there is a monumental dip:

You can track where there is an unnatural spike in followers, and then see whether it has continued over the next months. Here is a good example:

I would advise trying it out for yourself. Think of some influencers you’ve seen involved with brand campaigns and see if you can work out whether their following is genuine or not.

Overall, take time in considering who you use for your brand or client. Influencers can bring in large numbers, just make sure you aren’t being deceived.

Contact us if you have any questions about how influencers could help your brand.

Adam is BrandContent’s Social Media and Video producer, you can learn more about him here.

Hi, I’m Chris, Content Editor at BrandContent. I work on content strategy, planning and creation. I have nearly 15 years’ experience as a journalist and editor. I bring a newsroom mindset – along with a heavy dose of pedantry – honed from writing for the likes of the FT and Sunday Times. Outside of work? Pizza and my two small children are the first two things that come to mind.